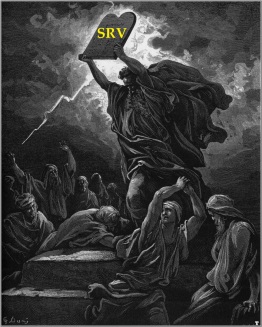 Ol’ Timbo meant to write at the end of each day of the Summer Institute in Louisville last week, but as you can see, that didn’t happen.  Still, I definitely wanted to write some thoughts on the week.  I’ve gotten tons of invitations to various conferences over the years, but few seem worth the regsitration fee.  This was definitely worth every penny, and then some.  Hope deserves a lot of credit for getting this together and it gave all of us at Starfire a lot to think about.

On the second day, we were all seriously challenged by Janet Klees.  As I mentioned, Janet helps run Deohaeko in Toronto.  Basically, it’s a co-op of seven families who built a place for their sons and daughters to live.  It’s really interesting because instead of building a home or apartment complex just for them, the families built one with an additional 95  or so units, so there’s lots of people without disabilities that live there, and they help build the social community.  A terrific model of natural inclusion and individualized supported living.

Janet started the morning by talking about a “segregated” place in Toronto called the “Sunshine Club,” where people with disabilities could go out, attend dances, etc…..Sound familiar?  She said that the families of Deohaeko were welcome to use their services (and that of Special Olympics), but that she and Deohaeko would not help get them there or support them there.  She framed it as part of her belief system to have nothing to do with places like that.

This is where the principles of Social Role Valorization start to get challenging.  Basically, a tenant of SRV is that if people with disabilities are grouped in any way, they are in danger of being judged as only being able to live/work/be friends with other people with disabilities.  The thinking is that “congregating” people with disabilities creates an “us/them” separation, which perpetuates the isolation of people who live with a disability.  So you can imagine that this is a tough pill to swallow.  Indeed, SRV raises your awareness about nearly everything you’ve ever done.  But “anti-congregation”, in my opinion, is the hardest to digest because it basically goes against every single program, service, and approach in our field.  It’s also the biggest hurdle to overcome because most services are based upon congregation to some degree.  It’s an unfortunate historical reality that basically comes from the old institutions and it’s difficult to break that mentality.  I’ll need to get into this in a future post, but for now, just know that that your first time hearing this is like a dagger to the heart, and you get a glimpse of the immense challenges ahead, which can seem overwhelming.

Also keep in mind that out of the 16 people in Janet’s presentation, 9 of them were from Starfire.  And out of those 9, SRV was a new concept to all but me.

So our minds were blown.

I did raise my hand after Janet described the “Sunshine Club” and told her that it sounded a lot like Starfire and that we understand the challenges of “moving forward in our work” which was “why we’re here.”  That’s the truth.  We’re not perfect, and we know we can do a better job.  So we show up to places like the Summer Institute to learn new ways.  (When I was first made aware of the principles of SRV, I was stunned.  It really does blow your mind, if you’ve spent any amount of time in this work.  A friend who knew how much I was struggling with this gave me this article by John O’Brien.  Every once in a while, as the case was when Janet brought up her criticisms of the “Sunshine Club,” I re-visit this.  John O’Brien is my new hero and this article is like my blankie…my happy place, if you will.  He understands the great challenges and opportunities of our work, and, most importantly, the slow process it takes to turn around an aircraft carrier.  I treasure that article.)

This is one of my criticisms (I have a couple, the other of which is that the concepts are too inaccessible, but we need to save that for another time) of some of the practitioners of Social Role Valorization:  I’ve found more than a few who, once they come down from the mountain, have little to no patience for the rest of us philistines.  As O’Brien states, it’s typical to walk the “path of detachment” from traditional methods once one discovers SRV, but he doesn’t mention the “path of criticism” or “the path of impatience with others.”  I’ve found that people who walk those paths typically turn more people off than on to SRV.  Now here’s the crappy part:  I have felt that tendancy in myself and understand the dilemma of people who have “seen the light,” so to speak:  How do you make change without criticizing the status quo, thereby alienating the very people who could be most valuable in bringing about the change you seek?  How do you remain silent when you see things that you know are misguided, however unintentionally?  As new as all this is to me, I’ve decided to take two approaches to this:

I think Janet probably missed out on #1.  After she criticized the “Sunshine Club,” I caught 8 distinct and obvious winces from our Starfire people.  Keep in mind that she, for some reason, decided to talk about the “Sunshine Club” first thing in the morning session.  Also keep in mind that her Day 1 session was all about Deohaeko and nothing about SRV.  So the first thing they all experienced that morning was defensiveness of Starfire, before they even learned anything about SRV.   I was worried that she had turned them off before they even got started, and my suspicions were confirmed at the lunch break.  Everyone was incredibly upset and most needed to talk to me right away:  “What did you think of the Sunshine Club?”….”Is this really where you think Starfire needs to go?”….”What on earth is she talking about?”  And those were the most professional questions!  It started to get off track quickly, as the conversation turned to people looking at Janet and her organization and trying to find SRV-ish chinks in her armor.  I knew it was bad when I had people from other sessions coming up to me and asking me what had happened that had everyone so upset.  Our beautiful week of reflection and learning was slipping away.

I wish I could say that the afternoon session was better, but it wasn’t.  Janet presented a very important and legitmate concept, but one that cut the Starfire contingent deeply.    Janet said that people who are paid to be in the lives of people with disabilities are not their friends.  She had some reasons for saying that:  (A) If we introduce ourselves as “friends,” others might think that role is already filled in the person’s life, and (B) by placing ourselves in that role, we won’t be as tuned in to helping the person find other friends.  We become the endpoint (a friend) rather than the conduit (to other friends).  I get (B) way more than I get (A), so that was important to hear.  But everyone heard it as “You can’t be friends with the members of Starfire, and if you think you have a friendship now with one of them, you’re wrong.”

Yikes!  So that night, everyone chose to go off-campus for dinner, and most chose to eat at a brewery.

We needed a beer.

I know that I’m writing these recaps a week after the conference, but hopefully, after reading this, you can understand why.  It was an intense experience.  I’ll write about the rest of the week soon, but rest assured knowing that I’ll be decribing how Janet was mostly the victim of poor timing and is interested in Starfire’s potential, Hope Dittmeier rescued SRV from the abyss, Tom Kohler is everyone’s hero, and the rest of week was immensely better than the day I’ve just recounted.